D. Ford Mennel, President, The Mennel Milling Company, was appointed Chairman of the North American Millers’ Association (NAMA). At the age of 41, Ford is among the younger milling industry executives to serve as NAMA chairman.

NAMA represents millers of wheat, corn, oats and rye in the US and Canada. NAMA members are substantially responsible for taking raw grain and, through grinding and crushing, create flour and other products that are used to make such favorite foods as bread, pasta, cookies, cakes, and snack foods. The association was established in 1998 as the result of a merger of several long-time milling and grain federations.

“My goal as chairman is to see that NAMA continues in perpetuity and to understand what the future will bring for the organization and its members,” said Ford. “In addition, I’ll be focusing on ‘big picture issues,’ like consumer attitudes and milling safety and sanitation.”

Ford represents a long line of Mennels to be involved in the association. He brings more than 15 years of progressive milling industry experience to NAMA, not including the years he worked as summer help in the company’s flagship mill in Fostoria, Ohio. Prior to taking the reins as President of Mennel Milling in 2013, Ford served as Assistant Plant Manager at Mennel’s Dowagiac Flour Mill in Michigan and Plant Manager of Roanoke Flour Mill in Virginia. He also spent time in hotel management before officially entering into the family business.

Click the link below to read the four-page summary in Milling and Baking News outlining Ford’s vision for NAMA, his professional experience, family history, and his “tremendous team” at Mennel. 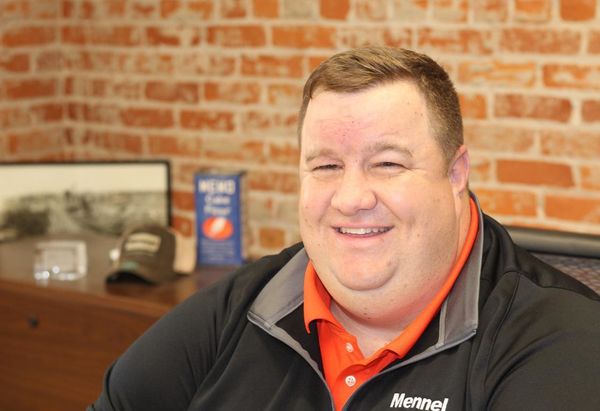 D. Ford Mennel, President, The Mennel Milling Company, is the fourth member of the Mennel family to serve as chairman of NAMA, or its predecessor flour milling organization, and the fifth to be highly involved in the organizations' leadership.