The story of Martel Bakery Mix began in 1962 when a gentleman named Joe Imbs opened a new location for "The Shiloh Company" at 4136 Martel Road in Caledonia Ohio. At that time, the facility now known as Mennel Bakery Mix and Foodservice -- Martel featured two production lines for bakery dry mix manufacturing.

Over the years, the modern facility and it's capabilities became well-known in the industry. It was purchased by ConAgra in 1970 and subsequently sold to The Pillsbury Company in 1975. General Mills, Inc. acquired the Martel facility in 2001 before selling to The Mennel Milling Company in 2016.

Mennel, a more than 130-year-old family-owned and operated company based in Fostoria, Ohio, had been a supplier to General Mills' Martel facility for over 40 years.

"This is an exciting opportunity for Mennel to extend our services into the bakery mix and foodservice industry. It allows us [Mennel] to continue to add value to our wheat flour and expand our product offerings to better serve our customers," said Ford Mennel, Fifth-Generation President of Mennel, at the time of the 2016 acquisition.

In 2017, Kevin Coy joined the Mennel team as Plant Manager of the Martel facility.

“I was fortunate to see the Mennel name and their principles in action as a previous customer,” said Kevin Coy, Plant Manager, Mennel Bakery Mix and Foodservice – Martel. “Leading the plant has confirmed the unmatched dedication and commitment of the Martel associates. The company’s long-time principles -- Quality, Uniformity and Service -- are very alive within every associate within the walls of the Martel facility as they continue to drive improvements and protect the brands and the Mennel name.  I am very proud to be a part of Mennel and the plant in Martel. Together, more great things are to come … onward and upward.” 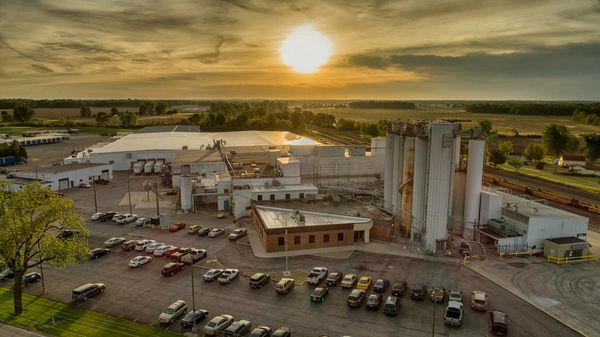